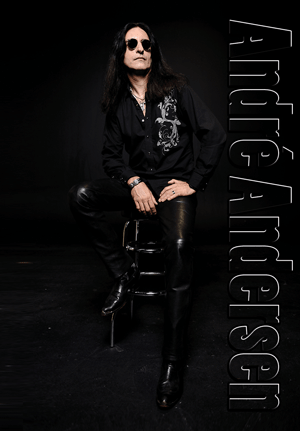 Andre Andersen was born on December 16th in Moscow, Russia. He studied piano since he was 5. He is a mix of Danish and Georgian Royal blood and is a musical genius who can virtually play any instrument, compose, write lyrics and produce all at the same time. At the age of 14 Andre discovered a different genre of music aside from classical, by accidentally getting Deep Purple’s “In Rock”. From that point on, he started to combine his classical chops with the rock form in every piece of music he writes. Andre speaks of Mozart and Paganini’s work as his biggest inspiration aside from people like Rick Wakeman and Jon Lord, who invented the “rock approach” to the keyboards. His musical influences are mainly the classics and the rock/hard rock scene that he studied and grew up with. Lyrics come easy to a guy who can read fifteen books in two weeks. In 1984 he moved to Denmark. After awhile he built his own working place – Mirand Studio (now expanded and removed to a recently established North Point). Having an opportunity to record all of his ideas without watching the clock, he started to create a whole set of compositions and songs where the elements of classical music, progressive and straight hard rock were mixed to create a unique signature sound. Andre reinforced and polished his “invention” by working with countless projects until the day when ROYAL HUNT was formed and the final pieces – the music and musicianship of every individual – would fall into place. All of this makes Andre a powerhouse force that drives the entire ensemble forward like a bulldozer. 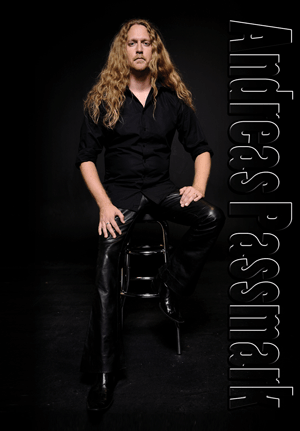 Andreas Passmark was born in Linkoping, Sweden on February 17th. His interest in music started early as he began to play cello at the age of 7 and – already after a couple years – turned to his uncle’s electric guitar and started to play along with his favourite albums.
As his interest in rock music grew stronger, Andreas started his first band with a few school friends and things began to progress a bit more rapidly… local gigs and a few studio sessions followed.
When Andreas turned 20 he decided to move to Stockholm in order to expand his “musical horizon” and since than has been playing professionally with many different bands in many different styles: all from Pop/Soul/Funk to Rock/Metal… bands like Narnia, Rob Rock, Stormwind, Divine Fire and Harmony just to name a few.
In 2009 Andreas happened to jam – on a few occasions at some clubs around town – with Marcus Jidell and (surprise, surprise!) a couple of months later received a phone call from RH`s guitarist… next stop: Copenhagen, recording his monstrous 5-string bass for the bands new album and facing his first live show with his new peers at ProgPower USA… and a second one at the biggest rock festival in Japan – Loud Park. 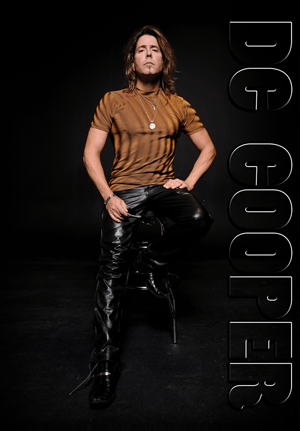 DC Cooper – a native of Pennsylvania, born in the Appalachian Mountain, DC did not know that someday he would find himself traveling the world and performing top quality, vocal oriented music. DC’s formative years in the music business saw him playing with several local area bands in his current hometown of Pittsburgh, PA. It was during this period that DC would begin to extend his reach by studying with renowned opera teacher Charlotte Coleman. This formal training helped to give DC the discipline that he needed to expand his control and overall vocal ability. DC paid his dues for several subsequent years on the local club circuit which, though gratifying to a point, would ultimately prove itself to scratch just the tip of his desire. For DC, the 1990´s brought new goals and new ambitions. He found himself as a finalist in the auditions for a job left vacant by Rob Halford in the legendary British heavy metal band, Judas Priest. During these auditions word of DC´s vocal prowess began to circulate throughout the industry and particularly within the Hard Rock community. As a result of this buzz, DC was contacted to handle the vocal chores for numerous bands from Europe and the US. After carefully weighing all of his options DC would decide on Danish rockers, Royal Hunt. On December 26th, the day after Christmas, DC left for Denmark to meet the band for the first time and to begin rehearsals for the Japanese tour which was to begin on January 20th, a mere 3 weeks away. There was only to be 12 formal rehearsals for DC to learn the songs, most of which were from Royal Hunt´s Clown in the Mirror and Land of Broken Hearts albums. Only 4 days after their final rehearsal together, DC would find himself in Osaka, Japan standing in front of 2,500 Royal Hunt followers. 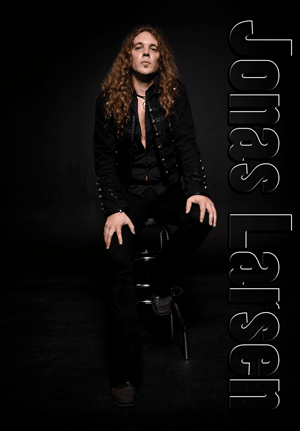 Jonas Larsen – rised to the surface of the music world in Denmark by winning the “Copenhagen Guitar Battle” competition two years in a row, 2008 and 2009. Since then he worked as a session musician in various studios and played with the cover band Highway Jam, where he was discovered by Andre. After a few drinks and a jam session with ROYAL HUNT, it was decided Jonas was the missing link. Jonas has been a perfect fit for the band with his virtuoso melodic style and excellent stage presence. 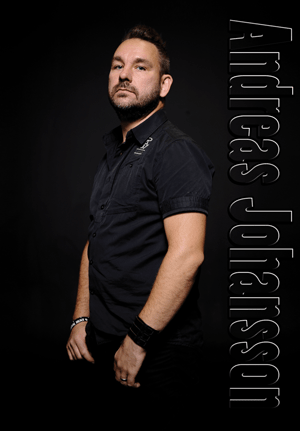 Andreas “Habo” Johansson was born in 1973 in Västervik, Sweden. At the age of 3 moved to Habo where he spent his youth and developed his musical interests. He grew up in a musical family and got his first drum kit at the age of 7 – since then he has been banging his drums relentlessly. Andreas started to take drum lessons at 10 and formed, short thereafter, his first band. At 16 he got more serious with his drumming, started doing more professional sessions and finally decided to go for a music career: in ´94 he moved to Stockholm and since then he´s been working as a session drummer/percussionist for many of Sweden´s most famous artists. His passion for metal music has been following him since he heard Kiss for the first time in his early teens. Being a member of the band Narnia he also worked as a session drummer for Rob Rock and Divine Fire. Recording Marcus Jidell´s solo album led him, actually, into getting in contact with Royal Hunt already in 2007.
In 2015, when the drum seat in Royal Hunt became vacant, Andreas Passmark recommended his friend and drum partner from Narnia to the guys.
Andreas did a full on recording audition and it resulted in doing the whole album Devil´s Dozen.
One thing led to another and in autumn 2015 Andreas followed his new won friends and took his Royal Hunt live virginity at Progpower USA, closely followed by Loud park Japan and Rockingham. UK… now as a permanent member of the band.