Get [CARGO] on CD

Get [CARGO] on Amazon

get [CARGO] on itunes

“If you haven’t been able to see Royal Hunt live, this album is a great way to get a glimpse of what you’ve been missing….this double live album is true ear candy.”
– Myglobalmind Online Magazine, Royal Hunt – [CARGO] Review (Mar 27, 2016)

“The sound on this record is flawless – huge props to everyone involved in the sound aspect of this album, because you did brilliantly!”
– Nemo Atkins, Live Album Review: Royal Hunt – [CARGO] (Mar 22, 2016)

“…The band sounds fantastic and the new lineup has some real chemistry that comes through in these songs.”
– HardRock Haven, Royal Hunt | [CARGO] (Apr 13, 2016)

“The band’s performance is spot-on, Cooper’s vocals sound amazing, the overall sound is clear, and the ProgPower crowd’s response is appropriately enthusiastic. The fiery take on “May You Never Walk Alone” is worth the price of admission alone, being superior to the already great studio version. The musicianship on display throughout the album is top-notch, which makes CARGO an effortlessly enjoyable album” – METAL-RULES.COM, Royal Hunt | [CARGO] (May 01, 2016) 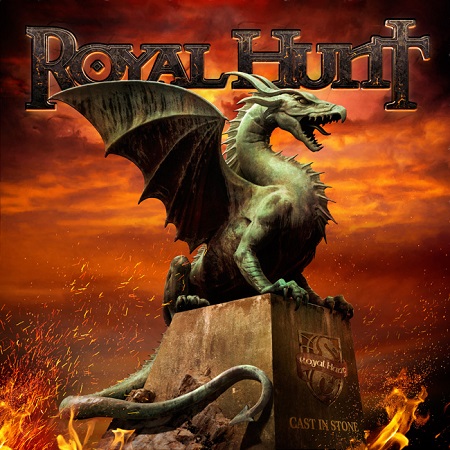 "Well, if you like rock’n’roll you have got to have a guitar! " © Jonas Larsen 🎸😀🎶 #rocknrollforever @ Copenhagen instagram.com/p/B7gY…

Do you guys have any wild ideas for the deluxe edition of the upcoming Royal Hunt album? An instrumental CD, a video documentary, a limited edition vinyl? instagram.com/p/B7Dh…